Most Creative Google Ads Campaigns you can do for your eCommerce

Advertising has seemingly been around since the beginning of human history. As more and more companies were created, the need for advertising slowly began to increase. It has come to a point where advertisements are a part of everyday life. Whether you’re riding a bus that has advertisements, driving past billboards, or most importantly in this day and age, viewing advertisements on the internet. It is inescapable to live a life without the use of the internet, and something that is used by nearly everyone each day is Google. Advertisers have taken notice to this platform, and have strived to use it to their advantage. It’s not enough to just advertise your product on Google anymore though. You must stick out from the crowd and find more creative ways to channel buying customers to your eCommerce. That is why it is so important to lay out some of these creative methods, in order to gain that competitive edge. Check all this campaigns for eCommerce tips!

One of the most effective ways of creating a creative Google ad campaign is by using comedy for your promotion. It is no secret that comedy sells. Just look at any Superbowl commercial and you’ll notice the recurring theme of comedic elements. This is remarked by Erin Sagin in her article, “8 Super Creative, Crazy Effective Display Ad Ideas”. She tells the reader to “channel your inner comedian”, which is not always the easiest course of action, unfortunately. However, as Sagin notes, it can be something as simple as a cultural reference to something that is already inherently funny. She uses the example of Ben & Jerry’s using the character Ron Burgundy from ‘The Anchorman’ to promote a flavor of their ice cream. I do believe though that nearly everyone has a sense of humor in them, and we want to laugh or feel that sort of emotion throughout our day. This is where collaboration with your team can go a long way. Get together and talk about what makes you laugh, this will inspire ideas as well as make a genuine office environment that will then translate over to your ad campaigns. It’s always good to reflect upon which ads have stood out in your life too. For me, comedic ads always seem to stick out and this is probably true for a lot of people. However, there could be other themes that gave you a lasting impression so it’s good to explore all possible options.

There are many ways to exploring creativity

…to create the perfect unique Google ads campaigns. For one, it is completely reasonable to exploit the more obscure holidays that are celebrated by people. I can admit that I will take any opportunity to break from the mundane of everyday life. For example, if it is something like “national ice cream day”, I will personally go out of my way to get an ice cream cone that day. This should be no different with the customers of your eCommerce. Help your audience not only break from the mundane of everyday life but also the everyday ads they come across. When they come across a true and genuine creative Google ad campaign, they will be much more likely to interact with it.

It’s also very important to not forget about the much bigger holidays and be sure to put a good deal of emphasis on them. There should be ample preparation put into holidays such as Christmas, Halloween, Hanukkah, and many more. When placing focus on holidays such as these, making creative Google ads comes with much more ease. For example, just about everyone in the world that celebrates it loves getting into the Christmas spirit and enjoys the feeling the holiday brings (an exception to the Grinch and Ebenezer Scrooge). Give your customers that feeling of excitement and watch as your conversions start to build up more and more. It’s just as important, if not more, to implement these at the right time too. One source that lays out this philosophy well is the blog post by Clever Ads titled, “Successful Holiday Marketing Campaigns”. An important tip that is mentioned in this to all advertisers and marketers out there, is to not pause your ad campaigns after Christmas day. It’s imperative to keep in mind that many people received the gift of money and instead of putting it under the mattress, most of them want to spend it. This trend has only shown to increase too, especially in the world of eCommerce.

Making the perfect advertising campaign can certainly be a daunting task, but once you take a step back, analyze all the possibilities and communicate an effective plan, nothing should stop you. Bear in mind that there are many services that offer help with Google ads specifically too. In the aforementioned source, Clever Ads, we are a Premier Google Partner ready to help you with all things Google ads. Never limit yourself when working on something like this, advertisements are the backbone of any store and as long as you realize this you are one step ahead of competitors. Thanks for reading and I hope you learned a thing or two! 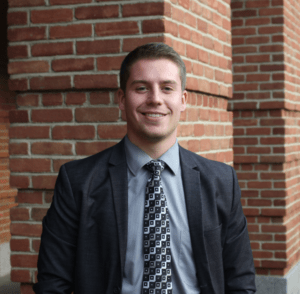 Matt worked for us this past summer in an internship position and has since helped us as a freelancer. He’s currently studying Marketing and Sociology at Ohio State University and is graduating in December of this year. He’s an avid moviegoer, so if you ever need a recommendation he’s your guy. Matt also loves trying new food/restaurants, and enjoys fine wine and beer! 😊 #freelancer #marketing